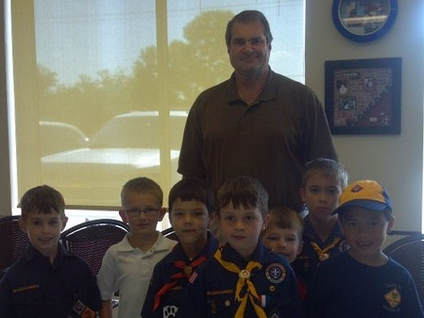 ​Dr. Ron was born in Missouri. He moved to Oklahoma City when he was 10 years old and attended Putnam City Schools and graduated from the original Putnam City in 1971. He continued his education on a football scholarship at Oklahoma State University. After 3 years he was accepted into the veterinary school and entered in the fall of 1974. He was only the second person to attend veterinary school while still playing football. After a successful 7-3 season and a Fiesta Bowl win Dr. Ron resigned from football to concentrate on his veterinary studies. He graduated from veterinary school in May, 1978. Dr. Boyer immediately joined a two-man large and small animal practice in Holdenville, OK. He moved to his own small animal practice in Oklahoma City in 1991. It was located in the Greenway Plaza. In 1995 he moved to the current location.
Dr. Ron has been married to his highschool sweetheart, Cindy for 45 years. They have 3 sons, two of which are veterinarians, and one daughter. He boasts 17 grandchildren!
Dr. Ron spends his off time at his farm tending to his cattle, horses, and miniature donkeys. He dabbles in construction of barns, buildings, and even a cabin. He is often his own machinist keeping his tractors, mowers, and the grandkid's four wheelers in running condition. If something breaks just ask Popal, he can fix anything!

Dr. Jeff has been practicing small animal veterinary medicine for 15 years, all of which have been at Boyer Veterinary Clinic under the mentorship of Dr. Ron Boyer, his father.
​Dr. Jeff is married to Jenni and they have three kids: Callaway 6 Years, Cooper 4 Years, and Charlotte 2 Years, two dogs: Oz and Walter, and a cat named Bogey. Dr. Jeff enjoys time with family, outdoor activities (including a successful Ironman), and road trips in any free time he may have.